Today is thankful Friday and on waking this morning I was very thankful to receive an email from Netflix.

In this email, Netflix told me that the recent iOS app update meant that I could now download programmes to watch offline!!

This was almost as exciting as when BBC iPlayer released this feature.

But, being deaf and endlessly disappointed by these sort of things not including subtitles – while iPlayer offered downloads for ages, it took them quite a while to offer downloads with subtitles – I proceeded cautiously...

Oh who am I kidding, I excitedly opened the app, found my favourites and clicked straight away to download something. Two minutes later, it was ready and hurrah – it had subtitles.

Things like this really, really make me happy – Netflix gets a new function and deaf people benefit at the same time as hearing peeps. Amazing eh?

Someone asked me the other day if I'd like to fast-forward to 40 or go back to being 10 – with a ton of money thrown in – and I had a big think about this, because obviously I had nothing better to do! If I had to go back to being 10 in 1990, NO WAY would I do that. To a time where hardly any TV was subtitled and even then, not properly, where I didn't own a caption reader yet – and even when I did get one, only a handful of videos had this icon on them: 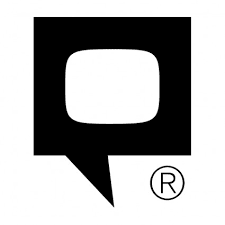 A time when mobile phones and texting were not available so telephone calls had to be made – and not heard – and hearing aids were large, unwieldy and extremely unhelpful.

But would I like to be 10 now? Nope. Not even with all the technological advancements that would have helped me learn better at school, be more sociable out of school and access more TV and movies. Not on your life.

I am quite happy being 36 in 2016 – which is lucky seeing as this isn't Big and there aren't any viable alternatives.

I love that I am able to keep in touch with all my friends effortless on the super computer  I keep in my pocket AKA my iPhone – FaceTime is basically the best thing ever... lipreading on a phone call? My 10-year-old self would never have believed that.

I love that I can watch most things subtitled at some point – except There's No Such Thing as a Fish on iPlayer, which has permanently appalling subtitles – and get accessibility help for lots of things. And I love that my Phonak Nathos hearing aids have given me a 3D world I love when I honestly thought I was happy living in a 2D one.

For me, being deaf has it's frustrations, limitations, upsets and annoyances, but I also think there's not better time to be deaf – don't get me wrong, things aren't perfect but sometimes it's the little things. And today's little thing was downloadable programmes on Netflix with subtitles.