Hurrah! I heard the fire alarm

Ahhh despite it raining and being generally apocalyptic weather, I'm in a warm and fuzzy mood today.

The reason for this is because Niknak and Country Boy 1's wedding was so, so wonderful!

They looked so excited and happy to be getting married – it was impossible not to shed a tear as they said their vows. Country Boy 1's grin was so big that it covered most of his face and Niknak really did look like a princess.

And the cake? Well, it was a HUGE success... 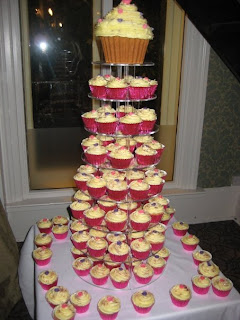 Everyone seemed to love it and I felt insanely proud that I was able to do this for my fabulous friends.

The weekend was going wonderfully, and then...

Well, did I mention I have particularly annoying neighbours at the moment?

Well, the woke me up twice last week, partying until the early hours and on Saturday night, exhausted from the wedding, I prayed they wouldn't wake me up again.

So at 4am, when I was woken up by a fire alarm, I was less than impressed.

I met French Cousin 2 in my hallway bleary eyed just in time for someone to knock on my door.

It was the ground floor neighbour – she was pissed off as she thought we'd set the alarm off.

And that was when I smelt it...

Running downstairs we opened the letterbox of the middle, noisy, annoying, partying, stoopid neighbours and out came acrid smoke.

Panicking, we banged on their door.

So the other neighbour called the fire brigade while we all ran and put clothes on and grabbed essentials just in case the entire block burnt down.

The fire brigade were there in minutes and after banging on the door a few times, they bashed it in!

There in the kitchen was the fire, a result of a pan that had boiled dry.

Out came the hose and breathing apparatus, and in they went.

Then came the most amazing thing! After all that commotion, the firemen had to wake my neighbour up. She was so drunk, she had slept through the whole thing!

So mad that I actually wanted to scream at her, dishevelled and swaying in the doorway, while getting a talking to from the firemen.

But then I hoped that when she sobered up, the severity of what she'd done might actually sink in.

And in the meantime I'm looking for the good in the situation, which has to be hearing the fire alarm!!!!

Please follow mental note and install fir ebel in new flat!!! So glad you heard it.

What a stupid annoying neighbour you have! i hope she appreciated the fact taht you and you lower neighbour probably save her from considerable smoke damage!

Do your cupboards still smell of smoke? Thanks again for great time despite fire alarm !!!